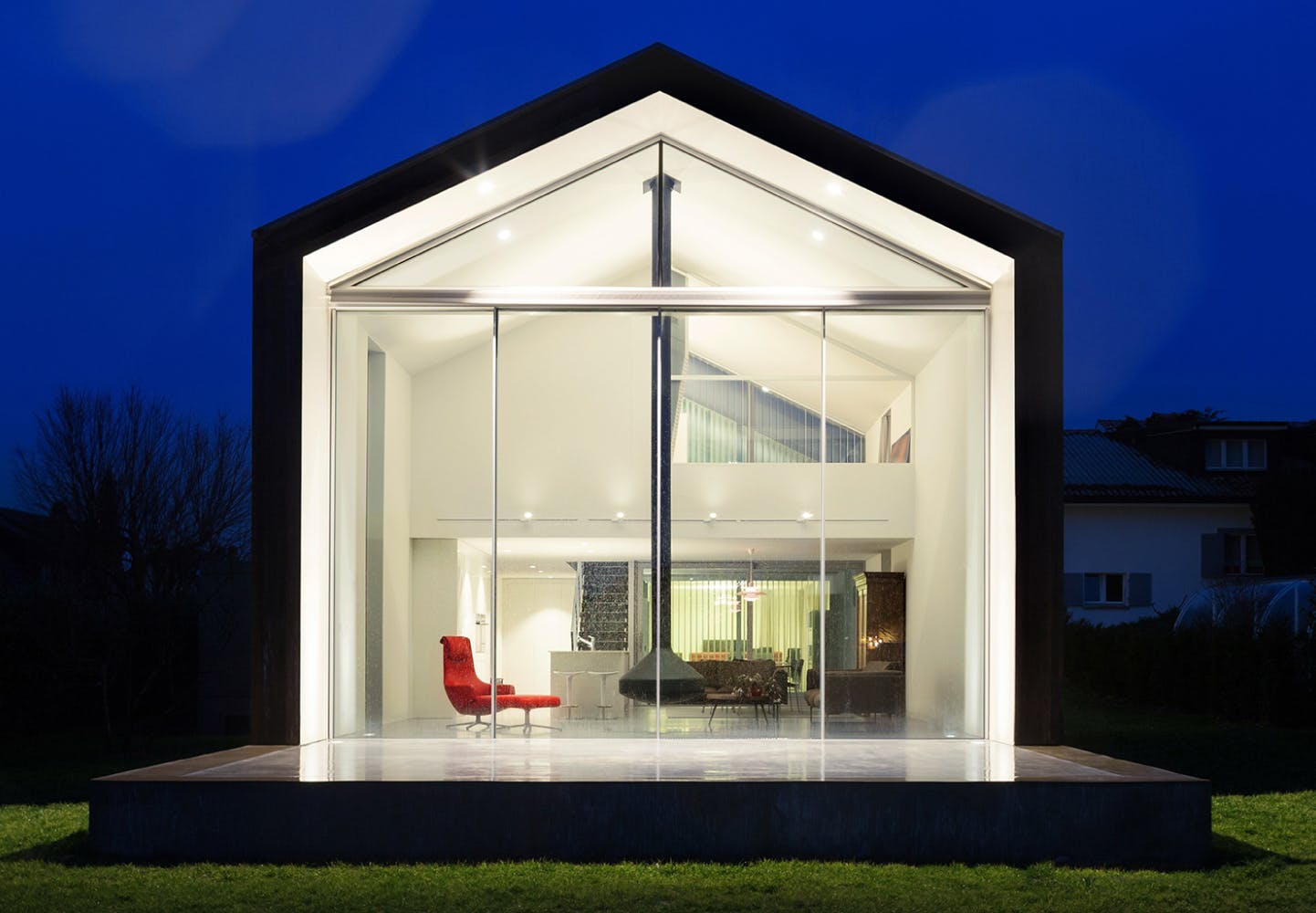 Rethinking the home grid – a case for direct current

The electricity grid transports alternating current, just like the local grid in buildings. However, electrical devices use direct current and solar panels and battery storage is also based on DC. So wouldn’t it make sense to begin equipping buildings with local DC grids?

For historical reasons, the electricity grid transports alternating current (AC) and so most of today’s buildings are wired to use AC.However, up to two third of electricity consumption in homes and commercial buildings is direct current (DC). In addition, local energy generation with solar panels and battery storage also generates and stores DC. So wouldn’t it make sense to begin equipping buildings with local DC grids? Imec – Europe’s premier research and innovation hub in nano-electronics and digital technologies – dedicated a whole afternoon of its Imec Technology Forum 2017 Belgium conference to this question. Invited speakers from research and industry made a case for the bold move towards setting up commercial buildings and homes with DC nanogrids.

Why we have AC in our homes, and why DC would be better

In the late 19th century there was a dispute between Nicola Tesla and Thomas Edison and their respective backers and financiers. Now known as the ‘Current War’, this contention still largely determines how our energy grids function today. The main dividing question was in which form power would be distributed: AC or DC? Tesla supported high-voltage, longer-distance transport lines with AC and Edison promoted DC with local electricity generation nearby the loads.

At the time both AC and DC power systems were developed, but DC had its limitations, mainly for the efficient distribution of electricity over longer distances. Therefore, AC technology – with the electric current periodically reversing direction – was eventually chosen over DC. One of the main reasons was the ease to adapt voltages by means of transformers. Tesla’s view on electricity took the overhand and persists till today: AC power rings through the public grid, into the buildings, and eventually to the socket.

Johan Driesen, professor at KU Leuven and EnergyVille, pointed out that the electricity landscape is now seeing important changes, changes that are set to revolutionize the picture and turn the scales for DC. “Most important was the advent of LED lighting, which is DC-powered. Then there is the inevitable move towards local electricity generation mainly through rooftop PV panels, which generate DC. Local generation will be made more efficient by local battery storage, again DC. This adds up to a plethora of new household appliances which all run on DC, think of laptops, air conditioning, fridges and all battery-run equipment.”

That begs the question: why not set up local DC networks in residential homes, commercial buildings or even industrial sites?

Johan Driesen: “We have made a modelled cost comparison between buildings that run on either AC or DC, both equipped with PV generation and battery storage. In the AC building, all appliances but also the PV installation and the battery are separately connected through AC/DC convertors. In a DC building, there are only DC/DC convertors and a single AC/DC convertor to make the connection with the grid. This has learned us that a DC grid may be 35% cheaper in terms of capital cost and 10% in terms of electricity consumption. So both financially and in terms of sustainability, local DC nanogrids make a lot of sense.”

This view was backed by Marija Zima, group leader power & energy systems at ABB Switzerland. “A large share of global energy consumption goes to residential homes and to cars. Technological advances in both these domains will ensure an ever-growing share of DC-native equipment. That is an engineering issue that we must start to tackle today.”

How can we make the world ready for DC nanogrids?

“The concept of equipping our buildings with DC nanogrids is a fairly new one,” says Jef Poortmans, scientific director Photovoltaics at imec and R&D strategy director at EnergyVille. “We now need to underpin the case with more research and outcome-based experiments. That is why we have made DC nanogrids one of the spear points of EnergyVille, one of the most extensive collaborations in the energy domain in Europe. EnergyVille is an association of the Flemish research institutes KU Leuven, VITO, imec and UHasselt in the field of sustainable energy and intelligent energy systems. Our researchers offer their expertise to the industry and public authorities. The overarching goal is to move towards energy-efficient buildings and intelligent networks for a sustainable urban environment. This includes, for example, smart grids and advanced district heating and cooling. One of the objectives of EnergyVille is to become one of the top five European institutes in innovative energy research. In this context, the center was embedded in major national and international networks right from the start.”

But there is more to organizing a sea change than getting the technology ready and optimized, says Paul Matthijs. Matthijs is CEO of Niko, a market leader for innovative and smart electricity sockets, switches and home automation. He knows what it takes to get consumers to adapt to a new idea.

“At the end of the day, people like you and me have to foot the bill. And they will only do so if they see clear personal advantages.” “What we urgently need,” he asserted, “are transnational standards, so that early adopters are not locked into choices that later prove to be wrong. Also, the industry and research has to adopt a user-centric language. Talking about grid balancing and converter losses will not win over many people. Instead, we should prove to people that a DC grid will give them additional comfort, gain them money, and make their life simpler. The current introduction of smart electricity meters, with several standards and an unclear economic picture, could serve as an example and warning.”

What needs to be done on the side of technology?

ITF being a technology forum, there were also a number of speakers who presented and discussed technological options for future home grids.

Bart Onsia, innovation program manager for Flanders at imec, looked at how solar energy generation might be much more tightly integrated with buildings. “If we want to curb rising CO2 levels in an environment with a growing electricity demand, we’ll need a much higher deployment and efficacy of PV technology. And as 40% of electricity is consumed in buildings, that is also where that PV technology should be deployed.”

Onsia made a case for building-integrated PV, solar technology as part of the whole building and not only the rooftop, also e.g. on vertical or East- and West-oriented facades. He presented some technologies that could be mass produced but that are highly customizable at the same time. Technologies such as woven fabrics as basis to interconnect cells into variable-sized modules, thin-film semitransparent technologies, or smartly wired modules that are shadow-resistant. All these technologies have been studied and developed at imec and are now ready to be taken up by the industry.

Moving inside the building, Matthias Strobbe (senior researcher imec – IDlab – UGent ) discussed the lacking interoperability of smart home appliances. He showed how his lab has built a smart home lab in which researchers may test appliances, develop interoperability middleware and model user behavior. Peter Coenen, senior expert at VITO and EnergyVille, talked about battery storage and the need to develop and incorporate smart battery management systems. “Today the economic case for battery storage is still not always clear,” he said. “We need management systems that do a better job at e.g. monitoring charge levels and times, tracking the state of health of individual batteries, or balancing batteries in an array.” And then there was Joff Derluyn, CTO of Epigan, a spinoff of imec developing galliumnitride (GaN) substrates for high-power switching. “All predictions and trade-offs for future grids depend on how efficient solid-state based power electronics for conversion will be, an efficiency that also depends on the materials used. “GaN is much more up to the task than silicon, but it is also much more expensive. That is why Epigan is developing a compromise: GaN deposited on cheaper silicon substrates. Converters made from these wafers promise not only a higher efficiency, but they will also operate at higher temperatures, allow much higher power density, and have a higher switching speed. These will allow making much smaller converters than is possible today.”

Edison@Home – soon in a theatre near you?

“There is now a better case than ever to go back to Edison’s original proposal for local DC networks,” says Johan Driesen. “But there is still much to consider and organize. Will we use unipolar or bipolar wiring, and what will be the voltages? To test options and see how they work out, we’re setting up a DC nanogrid in one of our Energyville buildings. The building will be powered with solar panels, have battery storage, a bipolar 4-wire grid, and a scalable voltage.”

And for those who can’t wait to revisit the Current Wars, says Driesen, “there is now a movie replaying the Edison-Tesla discussion, with Benedict Cumberbatch as Thomas Edison and Nicholas Hoult as Nikola Tesla. Soon in a theatre near you!”

ITF Belgium is the flagship edition of the worldwide series of Imec Technology Forums. Each year, it rallies experts and visionaries from around the world at a two-day event to discuss the future of technology and how tech innovation can be brought to market.

The future of connectivity

What if we all drive electric cars? This algorithm makes sure the light stays on

A topping of perovskites to boost solar cell efficiencies

A forecaster for solar panels