Imec develops self-folding microgrippers that wrap around cells and function as a recording shell for better cell-contact and higher signal quality.

Many cell types in our body have the ability to generate electrical signals, the most prominent of which include heart and brain cells. It is through the coordinated activity of these so-called electrogenic cells that the brain is capable of highly intricate information processing, and the heart can efficiently perform its function. In order to gain more profound understanding of these processes, electrophysiologists are interested in eavesdropping on the cell’s electrical conversations. Microelectrode arrays (MEAs) are the method of choice since this technology can comprise up to tens of thousands of electrodes that can pick up small electrical signals, enabling parallel recording of a large number of cells.

But cells whisper. The tiny signals are often only a few microvolts in amplitude and disappear in the noise. The key way to achieve high signal quality is to maximize the cell-electrode contact and electrical coupling. Current MEA-technology, however, has reached its limitation, as it is inherently 2D because of the wafer-based fabrication paradigm. Bridging the gap with more complex 3D interfacing, imec presents a novel multi-electrode chip with self-folding electrodes.

A tale of two labs

Grippers are not new. Notably, the Gracias Lab at Johns Hopkins University (JHU) in Baltimore (USA) has a long-standing experience researching new methods to fabricate micro- and nanoscale devices with integrated structures. For example, the lab designed self-folding microgrippers for a wide range of applications, including life sciences, such as mobile microgrippers for encapsulating red blood cells or even to take small cell biopsies from living tissue. It was the ability of the self-folding structures to grasp single cells that sparked the idea for a new project between JHU and imec.

The Cell and Tissue Technologies (CTT) team of imec has built up extensive expertise regarding in vitro recordings of electrogenic cells using MEAs. However, with the traditional, flat electrode layouts the cell-electrode contact area is limited. It became increasingly clear that 3D-interfacing is the way to go. And so the idea arose to incorporate tiny electrodes in the panels of Gracias’ microgrippers. The collaboration between imec and JHU materialized in a JHU-summer internship and continued in the PhD-topic of Jordi Cools, main imec-researcher on this project: “The question is: can we improve the interface by wrapping the electrodes around the cell and obtain better recordings that way? The collaboration with the Gracias Lab was the ideal way to find out because it is a perfect match between their expertise in self-folding materials and our state-of-the-art nanotechnology knowledge and cleanroom infrastructure.”

The result is a first-of-its-kind chip with self-folding electrodes, that takes a leap forward from 2D planar recording to 3D cell interfacing.

Each of the four arms of the microgripper contains a patterned and individually addressable electrode, allowing parallel and simultaneous readout from all sides of the cell. The secret to the folding lies in the hinges that are composed of a nanoscale SiO/SiO2 bilayer. Because of the lattice mismatch between these two layers, the thin film is intrinsically stressed. “This is how it works: the microgrippers are first patterned on top of a dissolvable sacrificial layer. When the sacrificial layer is dissolved by the cell culture medium, the intrinsic stress of the bilayer is released and the panels with the embedded electrodes subsequently fold towards the middle, capturing any cell laying on top,” Jordi explains. “The majority of the fabrication was performed in imec’s III/V lab clean room, except for the deposition of the bilayer for which we could count on the expertise of CMST, an imec research group at Ghent University.”

a) An array and b) a single planar micro-fabricated gripper with open panels, electrodes, and interconnects. Scanning electron microscopy (SEM) pictures of c) a semi-closed shell structure, illustrating the transition from the open to the closed configuration, and d) a completely closed shell with four individually addressable electrodes.

The bilayer is not only critical for the correct functioning of the grippers, but also for their performance. Jordi continues: “Using an ultrathin bilayer, we could make the panels flexible and curve during folding, so that they conformed to the shape of the cell. At the same time the panels are soft enough not to damage the cells. We demonstrated this by culturing primary heart cells on the grippers. The soft shell wrapped tightly around them, and – more importantly – the cells remained viable and functional, maintaining their electrical activity.

Because the panels were literally pressing the electrodes against all sides of the cell, the measured signal amplitudes proved to be two times stronger than on a traditional 2D planar MEA configuration, simulated by unfolded grippers.

Moreover, our gripper design allowed for simultaneous recordings of every electrode on each of the four folded arms, making it possible to track signal propagation in the cells contained within the shell. The fact that this chip is capable of recording 3D spatiotemporal electrical signatures from captured cells is a unique advantage over traditional MEAs.”

A firm grip on the future

The microgrippers herald the start of a new generation of MEAs, where dynamic cell-electrode interfacing and recording substitutes the traditional static electrode designs. Dynamic electrodes ‘work’ instead of trusting on a coincidental interface. Accordingly, future research efforts will focus on the next major step of combining these cell-sized multi-electrode shells with microelectromechanical systems (MEMS) in order to have precise control over the position and force of the gripper arms. Furthermore, future electrodes could be equipped with small needles to enable intracellular recordings or coated with drugs for drug screening or discovery.

“A large contributor to the success of this project was the excellent collaboration with the Gracias Lab in JHU,” comments Dries Braeken, R&D manager Life Sciences and supervisor of Jordi’s PhD. “It underlines the importance of fostering research ties with our partners. One of these joint efforts is the summer internship program in which we host every year three to five JHU students to work in the imec labs. While they learn about our facilities and know-how, in turn we get familiar with the expertise of the JHU labs. That is how new science ideas take shape. The gripper-project is a successful illustration of this: what started off as a 10-week summer program, turned into a long-lasting collaboration. And it is only the beginning. As we continue with the program, I am convinced more new collaborative research opportunities will arise.”

Jordi Cools obtained his degree in Biomedical Sciences with a Master focused in Bioelectronics & Nanotechnology. As a fellow of the Research Foundation – Flanders (FWO), he worked from 2012 to 2017 as a PhD researcher in the Cell and Tissue Technologies group of imec’s Life Sciences department. He currently works as a Neural Engineer for Neuro-Electronics Research Flanders (NERF).

Dries Braeken obtained his Masters degree in biomedical sciences and his PhD in medical sciences from the KU Leuven, Belgium, in 2004 and 2009 respectively. From 2009 to 2012 he worked as senior scientist in imec's bioelectronics group. In 2012 he went on to become R&D team leader in the life sciences technology department, and in 2017 he became R&D manager and group leader.

Eavesdropping on the brain with 10,000 electrodes

The sound of light: photoacoustics for biomedical applications 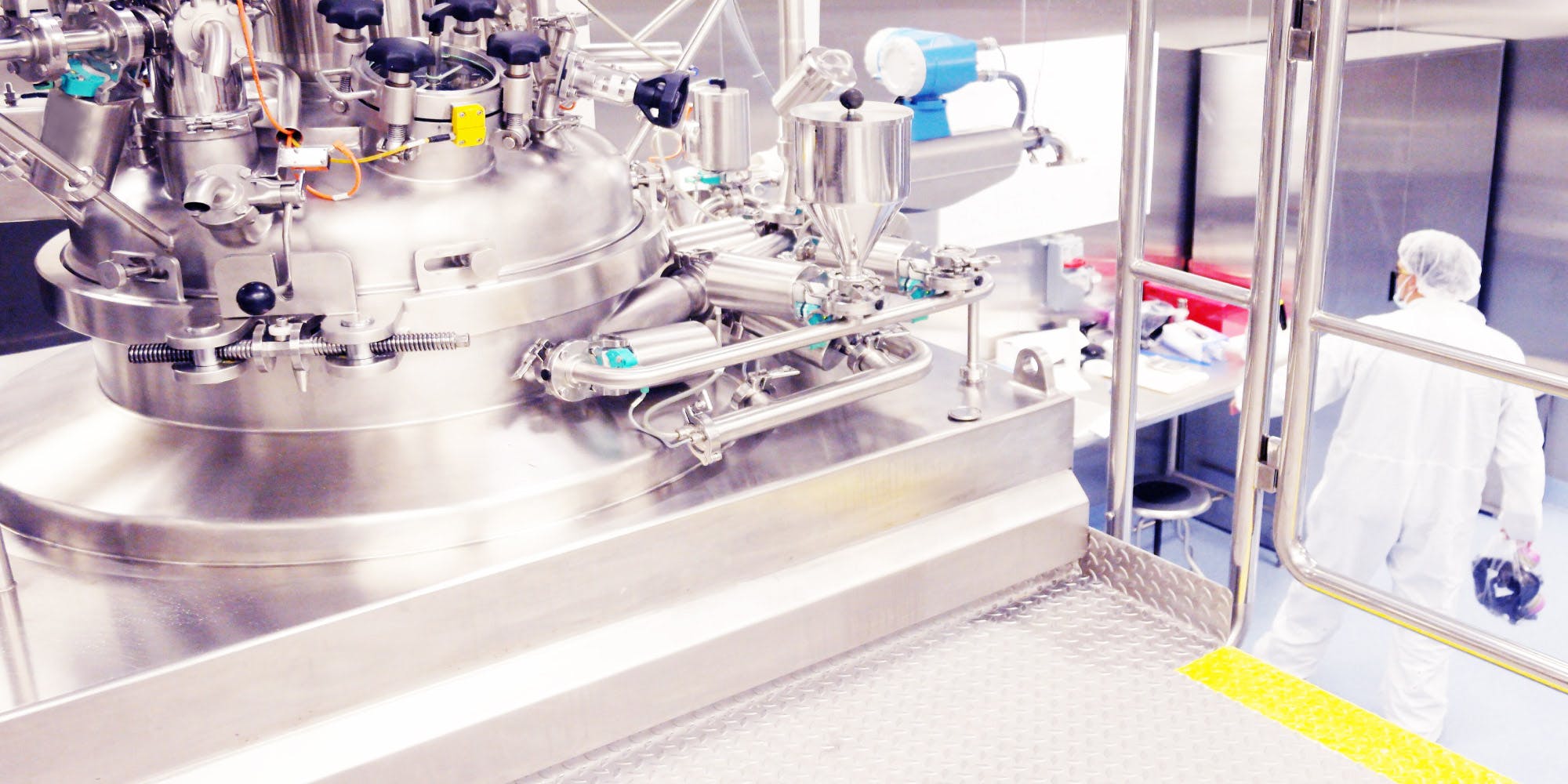