Alzheimer’s Disease, through the eyes of a hyperspectral camera

Imec’s hyperspectral snapshot camera is used by researchers from KU Leuven and the university hospital to study protein accumulation in the retina of Alzheimer’s patients.

What if Alzheimer’s could be detected in a very early stage, only with an eye examination? Belgian biologists (KU Leuven), ophthalmologists (UZ Leuven) and engineers (VITO and imec) believe this is possible. Together, they aim to develop a rapid, user-friendly, and affordable test for diagnosing Alzheimer’s.

Alzheimer’s Disease (AD) is one of the three so-called trillion-dollar diseases in the world, next to cancer and diabetes. Today, there is still no adequate treatment, but scientists believe that diagnosing in an earlier stage could be the key to better therapy.

The eyes as a window to the brain, that’s the starting point of a new series of studies worldwide to find an alternative diagnose method for Alzheimer’s. As in the brain, the studies focus on finding the accumulation of two proteins - amyloid-beta (Aβ) and Tau – in the eyes. And that’s where hyperspectral imaging (HSI) comes in. Every protein – when struck by light – reflects specific wavelengths. The hyperspectral camera captures this reflected light and analyses this ‘signature’.

Researchers from the Biology Department at KU Leuven, the Ophthalmology research group at UZ Leuven, the Health Unit at VITO, and the hyperspectral group at imec collaborated to integrate some of imec’s hyperspectral cameras with a microscope (for the biologists) and a fundus camera (for the ophthalmologists) to further investigate the hypothesis that Alzheimer’s typical protein accumulations can be detected in the eyes, in a very early stage of disease development.

The results are encouraging and – if successful – the technique could be commercialized in a relatively short timeframe.

Read the full story on www.imechyperspectral.com. 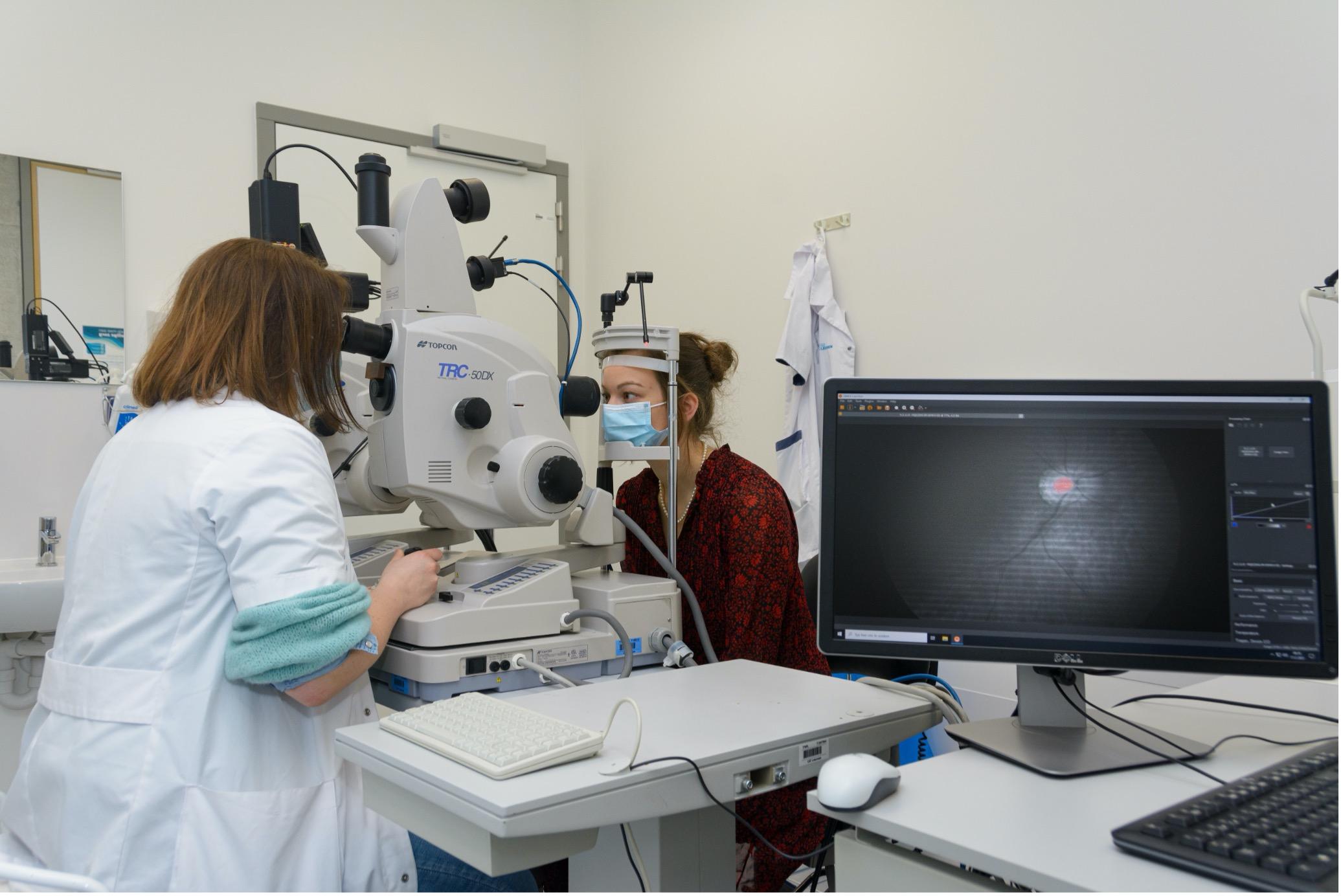 Setup of combined hyperspectral and fundus camera at Stalmans’ lab.

How can nanotechnology improve our life expectancy?

Partnering in turning innovations into innovative and feasible applications

Imo-imomec: a hidden gem in materials R&D and related services