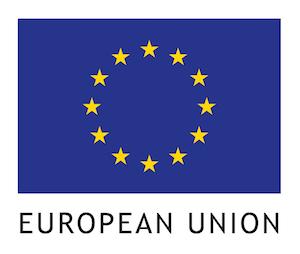 Cork, Ireland – March 27, 2018 – Tyndall National Institute (at UCC in Ireland), CEA (Leti & Liten), Fraunhofer IMS, Fraunhofer IIS, imec the Netherlands, Karlsruhe Institute of Technology, Politecnico Di Torino, University of Bologna, University of Perugia and the University of Southampton today announced the launch of the EU H2020 ENABLES research infrastructure project. Together they create ‘self-sustaining’ energy solutions to ‘power the internet of things’ based on energy harvesting, storage, micro-power management and system integration activities. Free of charge access to simulations, data libraries, equipment and expertise access along with feasibility studies will all be provided in a fast-track manner via a Transnational Access (TA) program that will be launched in the next few months. It also funds Joint Research Activities (JRAs) between partners (access centres and knowledge hubs).

The world will have 1 trillion IoT devices by 2025 all needing a power source. The project aims to eliminate the need for battery replacement where possible by developing energy harvesting solutions and/or finding ways to reduce the power consumption of devices. EnABLES will empower several hundreds of academic researchers and technologists to advance energy harvesting, storage and micro-power management solutions for the integrated design and deployment of miniaturised autonomous sensors. Access will range from materials & models to devices and systems and the access providers will work with the user community to accelerate adoption and innovation in real-life applications.

The EnABLES activities include:

This project has received funding from the European Union’s Horizon 2020 research and innovation programme under grant agreement No 730957.

Central to its mission is delivering economic impact through research excellence, working with industry and academia transforming research into products in core market areas of electronics, communications, energy, health, agri-food and the environment. With a staff of 500 Tyndall generates approximately €30m annually.

CEA is the French Alternative Energies and Atomic Energy Commission (Commissariat à l'énergie atomique et aux énergies alternatives). It is a public body established in October 1945. A leader in research, development and innovation, the CEA is active in four main areas: low-carbon energies, defense and security, information technologies and health technologies. In each of these fields, the CEA maintains a cross-disciplinary culture of engineers and researchers, building on the synergies between fundamental and technological research.

CEA is involved in the INTEGRAL project through its LITEN institute. LITEN has a staff of 1000 people. Every year LITEN puts in place 400 research contracts and carries out R&D on behalf of industrial partners from a wide range of market segments: energy, land transportation, aerospace, construction, civil engineering, environmental, and IT industries, amongst others. Intellectual property forms a major part of LITEN activities. LITEN has a portfolio of 1,100 international patents, filing 200 patents in 2012, 235 in 2013, and 230 in 2014.

Its LETI institute (Laboratory of Electronics and Information Technology; http://www-leti.cea.fr/en) is one of the leading RTOs in Europe. Its mission is to develop innovative technology for transfer to industry, and in parallel to explore prospective fields in collaboration with academia. CEA-Leti is an applied research laboratory working on miniaturization techniques (microelectronics, sensors, microsystems, micro-energy sources) and their applications from space to smart devices, in fields such as biology, health, transport, environment, photonics and security. LETI is located in Grenoble - France, on the Minatec campus – the innovation centre for micro and nano-technologies with more than 3000 researchers. LETI’s staff is around 1800 engineers and researchers, including 250 PhD and post-doc researchers.

In the area of “Audio and Media Technologies”, the institute has been shaping the digitalization of media for more than 30 years now. Fraunhofer IIS was instrumental in the development of mp3 and AAC and played a significant role in the digitalization of the cinema. Current developments are opening up whole new sound worlds and are being used in virtual reality, automotive sound systems, mobile telephony, streaming and broadcasting. In the context of “cognitive sensor technologies”, the institute researches technologies for sensor technology, data transmission technology, data analysis methods and the exploitation of data as part of data-driven services and their accompanying business models. This adds a cognitive component to the function of the conventional “smart” sensor. The results of this research have been applied in the areas of connected mobility, communication and application solutions for the Internet of Things, digitalization of human sensing, product and material monitoring, and business analytics in supply chains.

970 employees conduct contract research for industry, the service sector and public authorities. Founded in 1985 in Erlangen, Fraunhofer IIS now has 14 locations in 11 cities: Erlangen (headquarters), Nürnberg, Fürth and Dresden, as well as Bamberg, Waischenfeld, Coburg, Würzburg, Ilmenau, Deggendorf and Passau. The budget of 184 million euros a year is mainly financed by contract research projects. 22 percent of the budget is subsidized by federal and state funds. Further information on Fraunhofer IIS can be found at www.iis.fraunhofer.de.

Imec is the world-leading research and innovation hub in nanoelectronics and digital technologies. The combination of our widely acclaimed leadership in microchip technology and profound software and ICT expertise is what makes us unique. By leveraging our world-class infrastructure and local and global ecosystem of partners across a multitude of industries, we create groundbreaking innovation in application domains such as healthcare, smart cities and mobility, logistics and manufacturing, energy and education.

As a trusted partner for companies, start-ups and universities we bring together close to 3,500 brilliant minds from over 70 nationalities. Imec is headquartered in Leuven, Belgium and has distributed R&D groups at a number of Flemish universities, in the Netherlands, Taiwan, USA, China, and offices in India and Japan. In 2016, imec's revenue (P&L) totaled 496 million euro. Further information on imec can be found at www.imec-int.com.

The KIT mission combines the three strategic lines of activity of research, higher education, and innovation. With about 9,400 employees and 24,500 students, KIT is one of the big institutions of research and higher education in natural sciences and engineering in Europe. Engineering sciences, natural sciences, the humanities, and social sciences make up the scope of subjects covered by KIT. In high interdisciplinary interaction, scientists of these disciplines study topics extending from the fundamentals to application and from the development of new technologies to the reflection of the relationship between man and technology.

At the Helmholtz Institute Ulm (HIU), the research is focused on investigating and developing next-generation and future-use battery technologies. A team of over 125 scientists from around the world is laying the groundwork for sustainable stationary and mobile energy storage.
Founded in January of 2011 by the Karlsruhe Institute of Technology (KIT), the HIU is a member of the Helmholtz Association (Germany’s largest scientific organization).

Politecnico di Torino (www.polito.it) was founded in 1906 and has its roots in the Technical School for Engineers created in 1859. It is internationally ranked among the most important universities in Europe for engineering and architecture studies, with 33,000 students (out of which 15% are international students coming from over 100 different countries). Politecnico is a center of excellence for education and research in engineering, architecture, design and planning and it works in close cooperation with the socio-economic system. It is a comprehensive Research University where education and research complement each other and create synergies in order to address the needs of the economic system, of the local community and, above all, of its students.

In November 2013, Politecnico was awarded by the EC with the label “HR Excellence in Research”, recognizing its commitment in offering to researchers coming from all over the world a positive and challenging environment. Politecnico is part of many public-private international inter-university networks (CESAER, CLUSTER, E.C.I.U, EUA, CMU). Politecnico can count on a great experience both in scientific projects and administrative management with more than 230 FP7 projects (66M€). In this regard, it is currently involved in 142 Horizon 2020 funded research and innovation projects (about 50M€).

The University of Bologna, founded in 1088, is the oldest university in the western world and one of the largest in Italy, with over 200 degree programmes among its 33 Departments and 11 Schools offered to over 81,000 students and 5,000 graduates enrolled in PhDs and 3rd cycle programmes.

The University of Bologna participates to the project with its Advanced Research Centre on Electronic Systems (ARCES), an inter-department research centre performing interdisciplinary research in the areas of nanoelectronics, microsystems, and ICT. Its main funding schemes are based on competitive research calls and on research contracts with industries. The research centre also hosts joint design labs and cooperates with industries, ranging from start-up companies to leading semiconductor manufacturers. The center premises are located in Bologna and Cesena, hosting approximately 70 researchers and staff.

The University of Perugia (UNIPG) was founded in 1308 and is one of the oldest university in Italy. Research, education and consulting activities in the various disciplines are organized in 16 Departments, with about 23,500 students, 1,100 professors and researchers and 1,000 staff members.
The University offers study programs also in two other Umbrian towns: Assisi and Terni.

The University of Perugia participates to the project with the NiPS Laboratory. NiPS is part of the Department of Physics and Geology of the university and it is presently composed by 14 members, led by Prof. Luca Gammaitoni. The laboratory (www.nipslab.org) has a long-standing tradition in studying physical systems in the presence of noise. Scientific interest cover different fields that have as a common denominator the role of fluctuations: energy dissipation, random energy harvesting, stochastic nonlinear dynamics modelling, thermal noise measurements, high sensitivity displacement measurements, design and test of noise activated sensing and computing devices at the micro and nano scales.

About University Of Southampton

The University of Southampton is ranked in the top 1% of universities worldwide and is a founding member of the Russell Group, a network of leading UK research universities. Currently, it has 23,775 students with over 7000 international students from over 135 countries. The Department of Electronics and Computer Science (ECS) in the University of Southampton is the largest electronics department in the UK and was ranked first for research power in the Research Excellent Framework (REF 2014). ECS has over 100 academic members of staff, 250 research staff and a research income of over £12 million per annum.

ECS has considerable experience in developing functional materials, MEMS, sensors and electronic systems. Of particular relevance, ECS has a long track record in research into energy harvesting dating back to the late 1990’s. Research in ECS has included simulation, fabrication and testing of piezoelectric and electromagnetic vibration energy harvesters, wind, thermal and solar energy harvesters including novel implementations in textiles for wearable applications.

Perpetuum Ltd, now the world’s leading supplier of vibration energy harvesting powered sensor systems was spun out from Southampton in 2004. University facilities include a comprehensive modern nanofabrication facility (http://www.zeplerinstitute.ac.uk/) together with a range of simulation tools and testing facilities for a wide variety of types of energy harvesters.

How can nanotechnology improve our life expectancy?

Partnering in turning innovations into innovative and feasible applications

Imo-imomec: a hidden gem in materials R&D and related services