Get your daily health check in the car

Imec researches capacitive, optical and radar technology to integrate in your environment and in this way monitor – unnoticeable – your health.

Health freaks may wear a fitness tracker on their wrist, but there’s also something just as beautiful coming soon for the non-freaks among us. By incorporating sensor and radar technology into car seats, armchairs and even office spaces, you’ll be able to discreetly monitor your breathing rate, heart rate and electrocardiogram (ECG) readings. In fact the automotive industry has already responded very enthusiastically to the technology, because it may well (indirectly) help prevent many accidents. But that’s not all: given that we are spending more and more time in the car, it only makes sense that it should become the ideal location for us to carry out our daily health checks.

We spoke with Chris Van Hoof, director wearable healthcare, and Tom Torfs, biomedical and wireless systems engineer at imec. They explained to us how they are using capacitive, optical and radar technology to make unique ‘beyond wearables’ applications possible.

Health trackers for each of us?

According to international research and survey bureau, IDC, more than 125 million wearables will be sold in 2017 – an increase of 20% over 2016. And by 2021, that number is likely to double. Most of the users of these devices are people who tend to be more aware than many others about their health. So, if someone is looking to change their habits – for example to do more exercise or lose weight – wearables can provide motivation, certainly for a certain period of time.

But a significant proportion of the population does not really want wearables – in fact many of them, such as surgeons, firefighters, machine operators, aren’t allowed to wear them. So in some cases, it would be a definite plus if our health parameters could be measured and recorded without a wearable being required.

Sitting and lying down for better health

Okay, let’s take the example of a car: imagine that you could build sensors into the driver’s seat, steering wheel and dashboard so that your respiration rate, blood pressure, heart rate and cardiac activity could be measured on a continuous basis. First and foremost, a great many accidents could be prevented by detecting fatigue, stress or heart problems before they became an issue for the driver. And, in self-driving cars, these readings are essential, because the automatic pilot needs to be sure that it can rely on having an alert driver in certain situations. Then, in cases where an accident still can’t be avoided, these sensors could be used to check the condition of the driver and passengers and transmit their findings to the emergency services. Finally, your car seat could carry out your daily health check and send you a weekly report with all the facts and figures recorded about you. 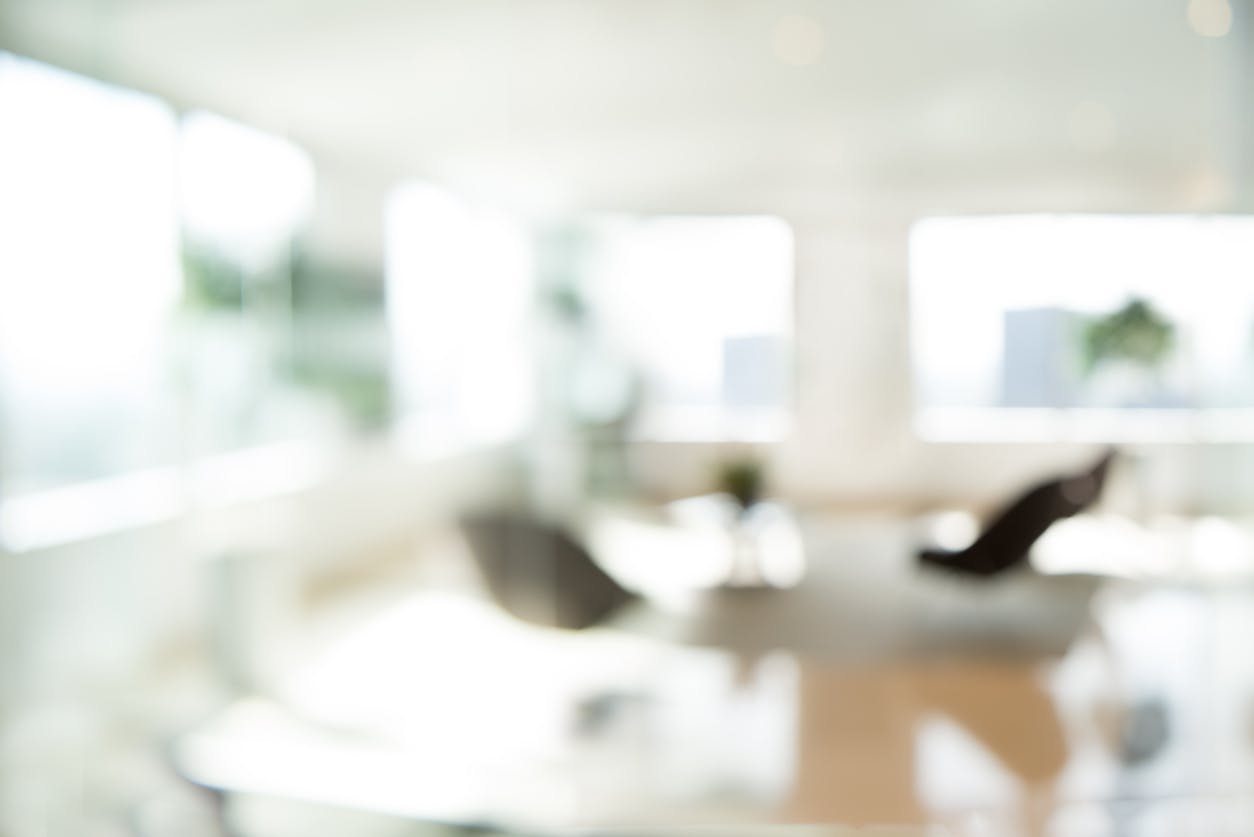 The same sensors could also be integrated into your office chair, or into your armchair at home or a hospital bed. In fact you could have them in your baby’s cot – and even in incubators in the neonatal department.

Imec is currently working on three technologies that will make this new ‘beyond wearables’ era possible: capacitive, radar and hyperspectral sensor technology.

Imec researchers have integrated capacitive sensors into various places within an office chair and a car seat to carry out ECG readings and detect respiration rates through clothing. This principle is not new, but the technology has not been used before in practical applications because the quality of the readings becomes poor if the person moves about in their chair or if the car drives on a bumpy road. So it was a question of tackling the variable reliability that would make real-life applications possible.

The solution lay in the use of smart algorithms. First of all, algorithms can make adjustments/compensate for variations when movements and artifacts are detected, which makes the readings produced more reliable. Second, algorithms can make the system adaptive. This means that, in good conditions, an (ECG) signal of medical quality can be recorded. When conditions are not so good, the sensors switch to robust mode and take more general readings. For example, although you can still record the heart rate, obtaining an accurate ECG graph is not possible. This variable quality is factored into the readings and passed on as such – together with the results recorded.

Your hour’s drive to work may include 15 minutes of poor measurements and 45 minutes of good quality data. Provided you know this, you still obtain a very usable result. This is very different from devices such as current fitness trackers, which provide a continuous reading for your heart rate without indicating how reliable the figure is. 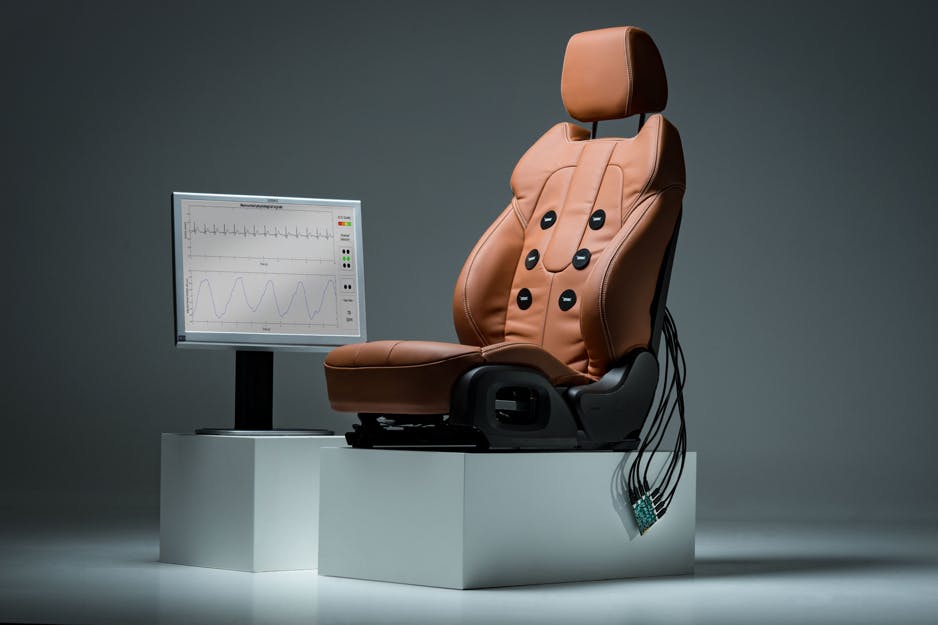 Capacitive sensors can be incorporated into an armchair, bed, office chair or car seat. Imec has developed a system that can support up to 64 sensors. If you want to use capacitive sensors to record respiration rates, it is important in practical applications to make a record of the reliability of the readings as well.

Imec uses CMOS technology to produce compact and inexpensive radar modules. For example, imec’s 79GHz radar module can be used for car-to-car communication. But radar technology can also be used to measure heart and respiration rates. There are already radar devices on the market capable of measuring these parameters in one person standing still. However, imec researchers want to take things a step further and record readings from various people within a particular space, even if they are moving. Once again here you have to take variable quality of data into account.

Researchers have succeeded in using a 5-7 GHz radar device to measure the heart and breathing rates of two different people within a space, 2 meters away from the radar. As with capacitive sensors, smart algorithms are again used to tackle the issue of variable reliability so that this issue is not an obstacle for practical applications. The radar device used in this experiment is still fairly large and serves mainly to demonstrate the principle. Ultimately, a much smaller radar module needs to be used that can be integrated virtually invisibly into, say, an office environment or in the dashboard of a car. One radar module per space is sufficient to take readings from various people.

In parallel to this, researchers in the radar team are working on a new type of radar that operates at 140GHz. This unit is very compact because the antennas are very small and the whole system is integrated onto a single chip. This radar will enable both the distance and direction of a person to be measured in relation to the radar. This means that the readings for different people in the same space will become even more accurate.

Hyperspectral cameras detect the reflected light of objects in very fine wavelength bands. These cameras can be used for applications such as checking the quality of foodstuffs, the composition of objects, etc. Imec is developing hyperspectral cameras based on CMOS technology. This will make them much more compact and cheaper than the types used today. It will also enable them to be used for a far broader range of applications.

With ordinary RGB cameras you can measure someone’s heart or respiration rate under certain conditions. With hyperspectral cameras you can do the same – but with much greater accuracy. You can do more things, too, such as measure the oxygen content in someone’s blood. This can be of value in hospitals or for baby monitoring at home, for example. There are already baby alarms that have an ordinary camera, but in the future – and for just a few euros more – it will be a hyperspectral camera.

Combining them for healthy driving or working, etc.

Of course, the aim is not to replace the existing medical monitoring infrastructure in a hospital with these sensors. Think of them more as an addition, with the sensors enabling the body’s vital signs to be monitored at all times – even in situations where this monitoring is either not possible or not practical at the moment.

This also opens the door to new applications outside the hospital – for monitoring drivers or pilots, for example, or for use in at-home care situations for the early detection of heart problems that might save many people’s lives.

By combining various measuring and monitoring technologies – called ‘sensor fusion’ – reliable readings are possible for a wide range of applications.

Chris Van Hoof leads imec’s wearable health R&D across 3 imec sites (Eindhoven, Leuven and Gent). Imec’s wearable health teams provide solutions for chronic-disease patient monitoring and for preventive health through virtual coaching. Chris has taken wearable health from embryonic research to a business line serving international customers. Chris likes to make things that really work and apart from delivering industry-relevant qualified solutions to customers, his work has already resulted in 4 imec startups (3 in the healthcare domain). After receiving a PhD from the KU Leuven in 1992 in collaboration with imec, Chris has held positions as manager and director in diverse fields (sensors, imagers, 3D integration, MEMS, energy harvesting, body area networks, biomedical electronics, wearable health). He has published over 600 papers in journals and conference proceedings and has given over 60 invited talks. He is full professor at the KU Leuven. 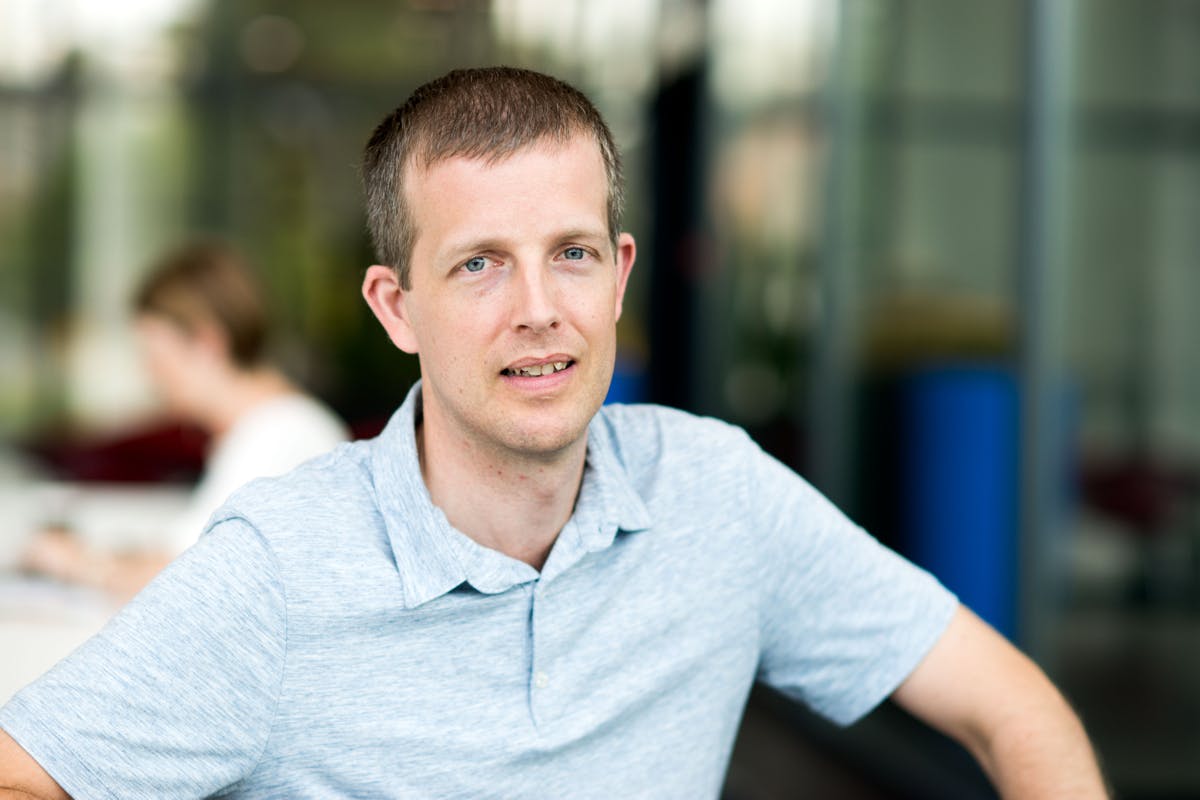 Tom Torfs graduated as an electronics engineer from KIH De Nayer, Belgium in 2001. In 2010 he obtained a master’s degree in engineering – biomedical technology – from K.U. Leuven, Belgium. He has worked at imec since 2001 as systems researcher, architect and principal engineer, designing compact wireless autonomous systems based around imec wireless, sensor and packaging technologies, focusing on sensors for biomedical applications and body area networks. Tom has (co-)authored over 50 publications, 12 as lead author and has two patents to his credit. 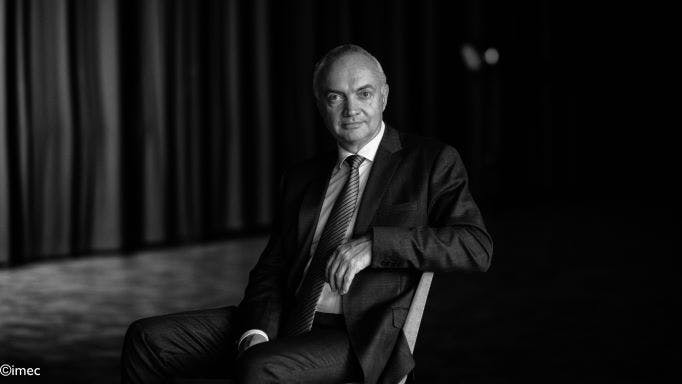 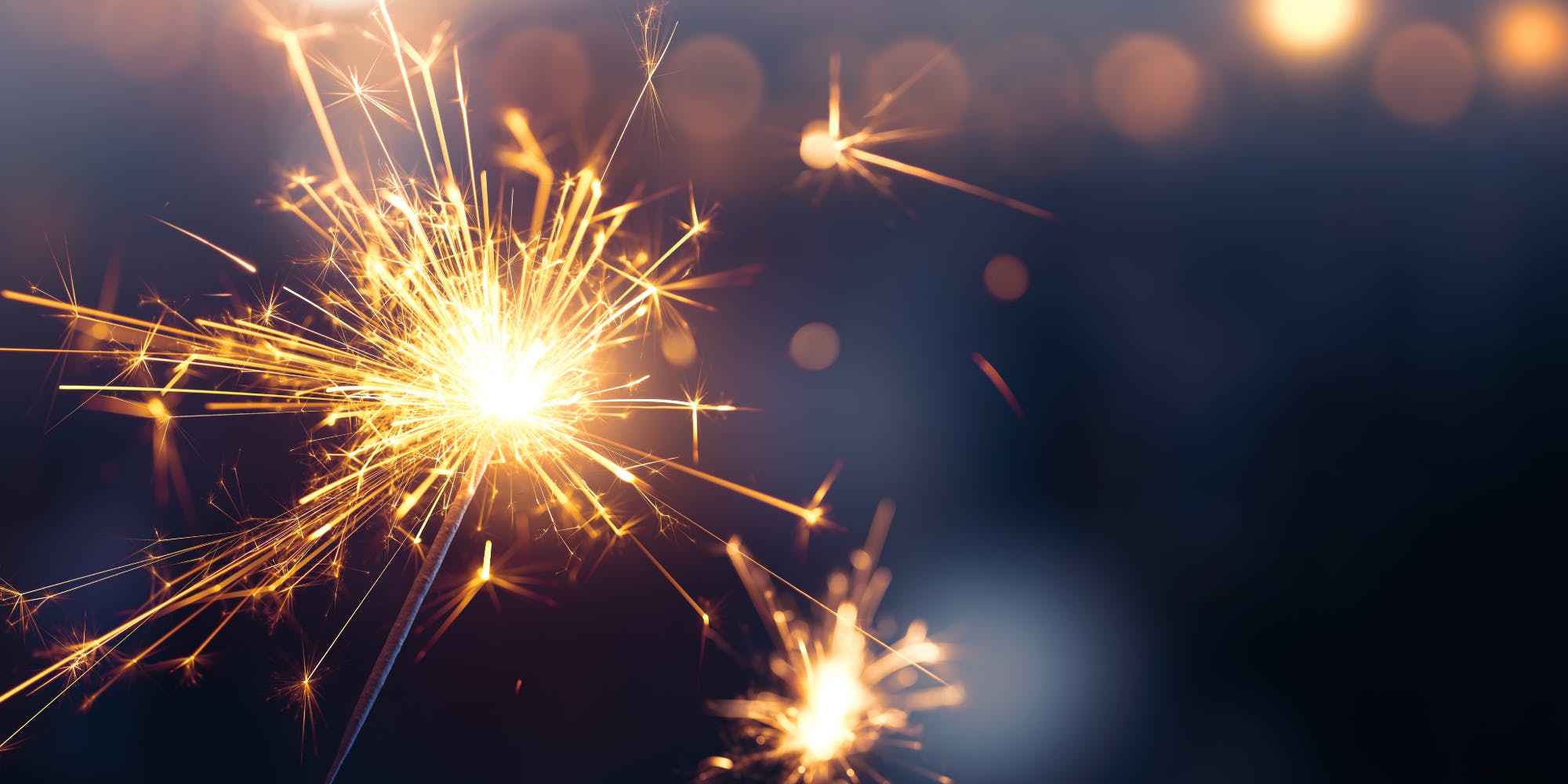 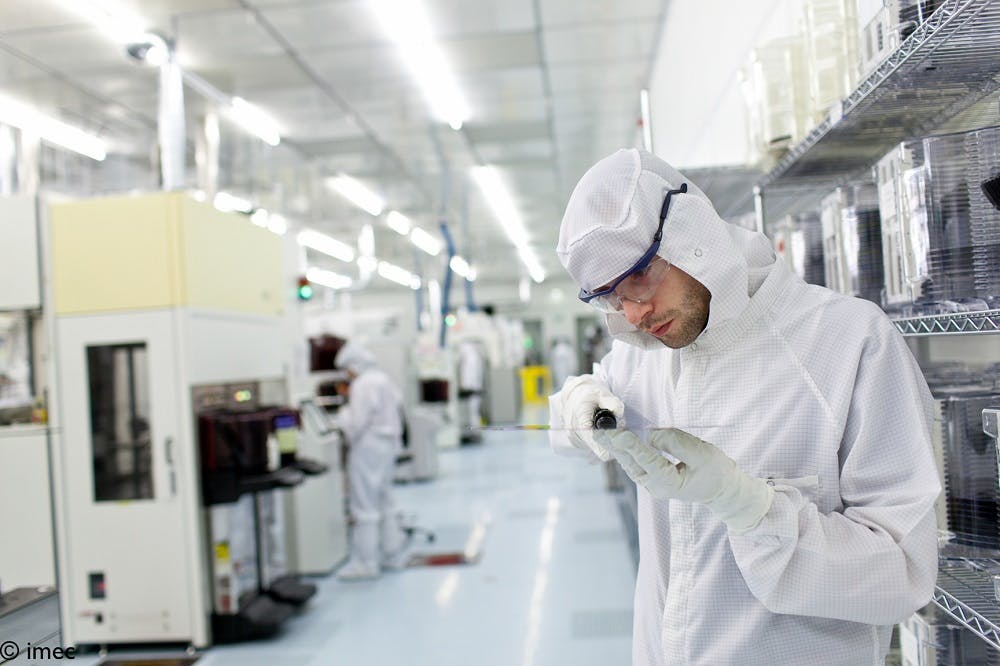 Trends in the semiconductor industry 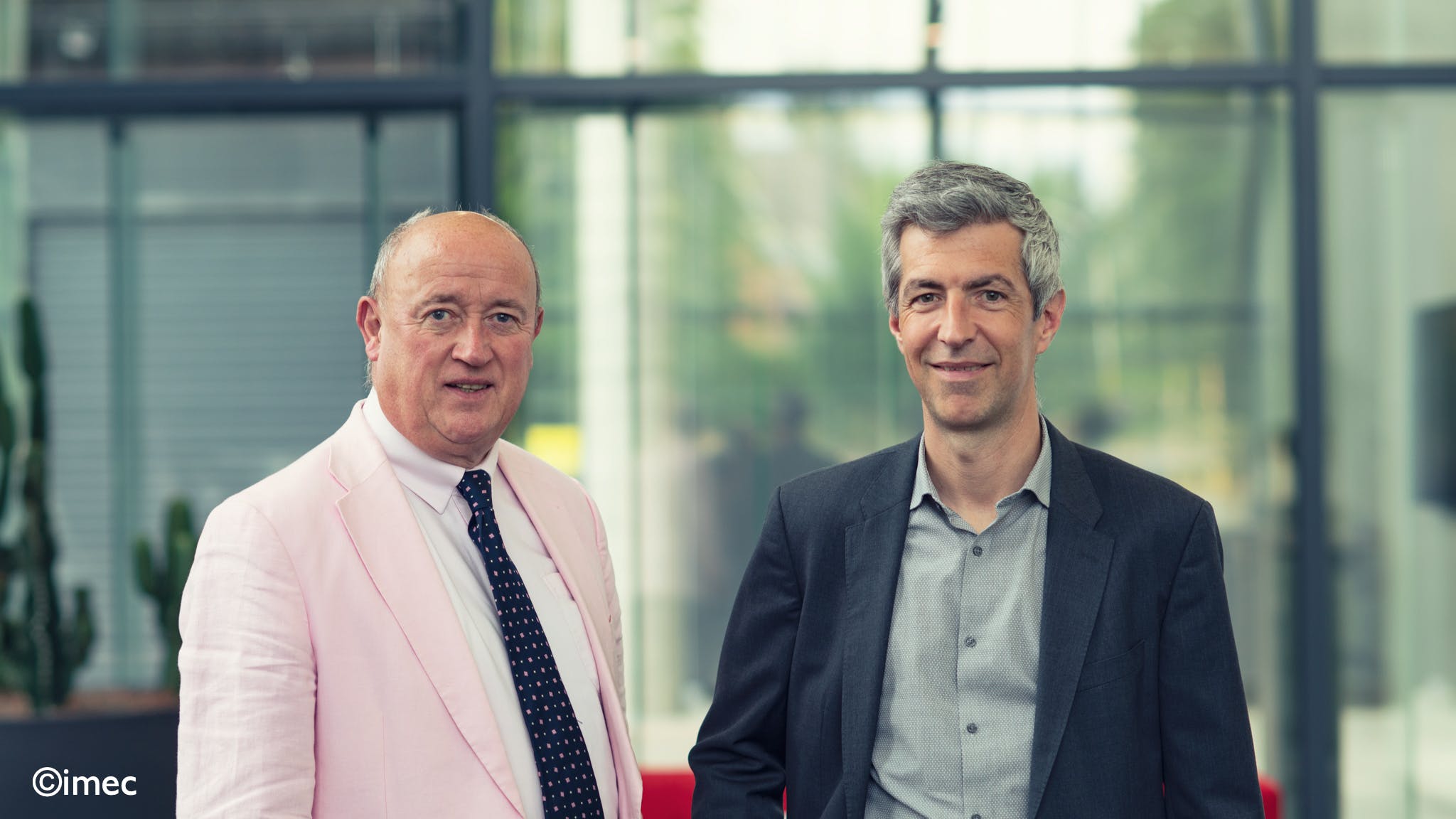 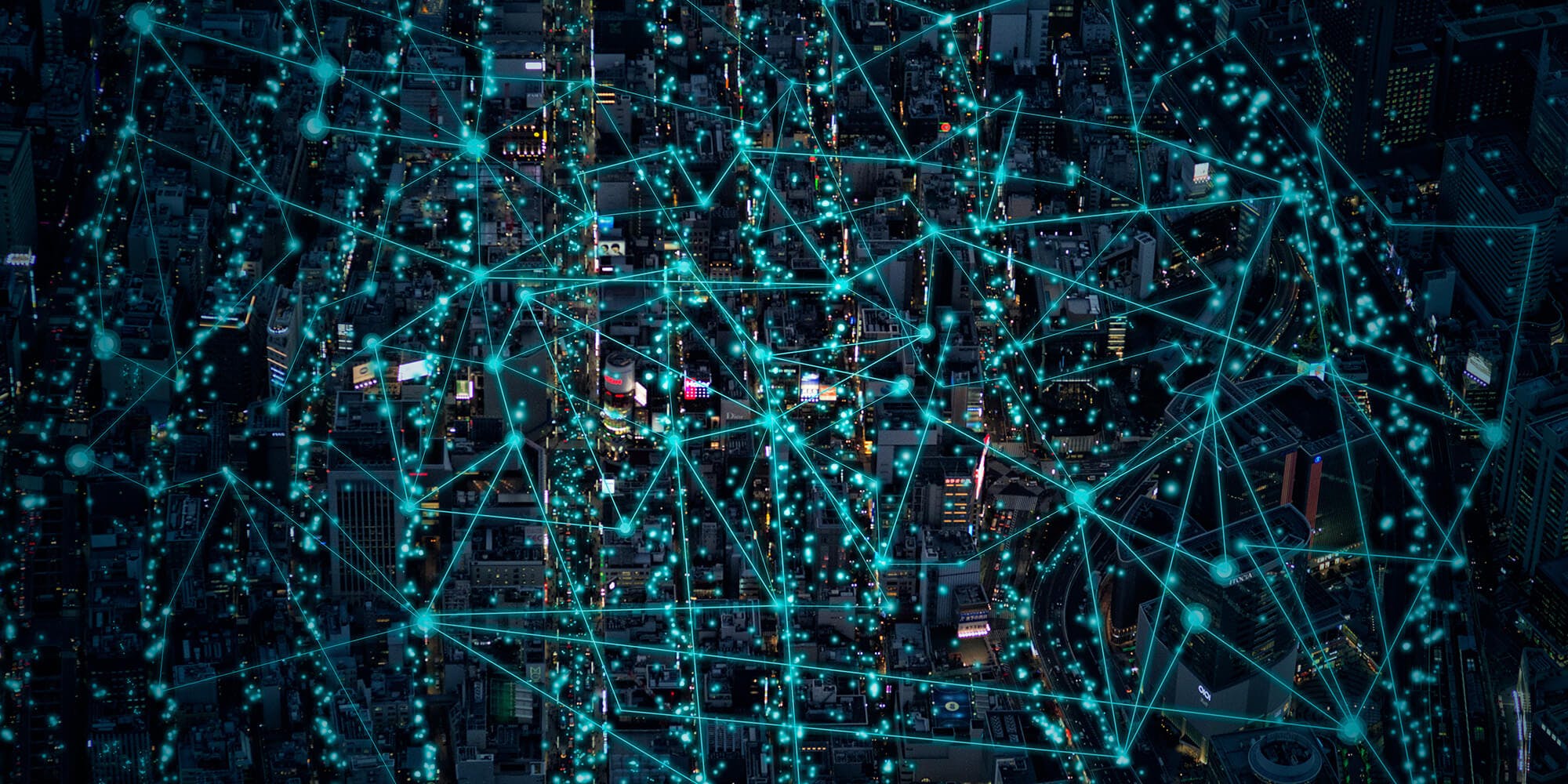 2021 Review: Looking For New Equilibria ... Amid A Microchip Shortage