Humans and machines together on the factory floor: nightmare or dream team?

What will our factories look like in 2035? You don’t need to be a major visionary to suggest that there’ll be an ultramodern production hall packed to the rafters with nimble robots and artificial intelligence (AI). But is this a nightmare scenario, à la ‘Rise of the Machines’? Not necessarily, because humans will still have an important role to play in the factory of the future. Perhaps even better, if we can combine the strengths of humans and machines to optimum effect, we may be able to lay the foundations for a dream team which, by 2035, will usher in the fifth Industrial Revolution.

Over the past 300 years, the manufacturing industry (i.e. the part of industry that processes materials into new products) has evolved and developed at amazing speed. In the 18th century, we had urbanization and the invention of the steam engine; just before the First World War, whole new industries (such as steel and oil) saw the light of day, while the discovery and application of electricity made the mass production of goods possible. Since then, there has been one (r)evolution after another. For instance, the 1970s saw the arrival of digital technology and intensive automation (driven partly by the introduction of robots – even back then). And today we are at the start of Industry 4.0. We have the ‘Internet of Things’ (IoT) in which machinery, big and small – including industrial robots – is connected to the Internet and generates a continuous flow of data from which in-depth data analyses can be carried out. The aim: to gain greater insight into industrial processes and how they can be optimized further

All of which is very impressive. But naturally we need to add a few caveats to all these developments. For example, automation and optimization have constantly gained in importance over the years, meaning that human input has become somewhat endangered. 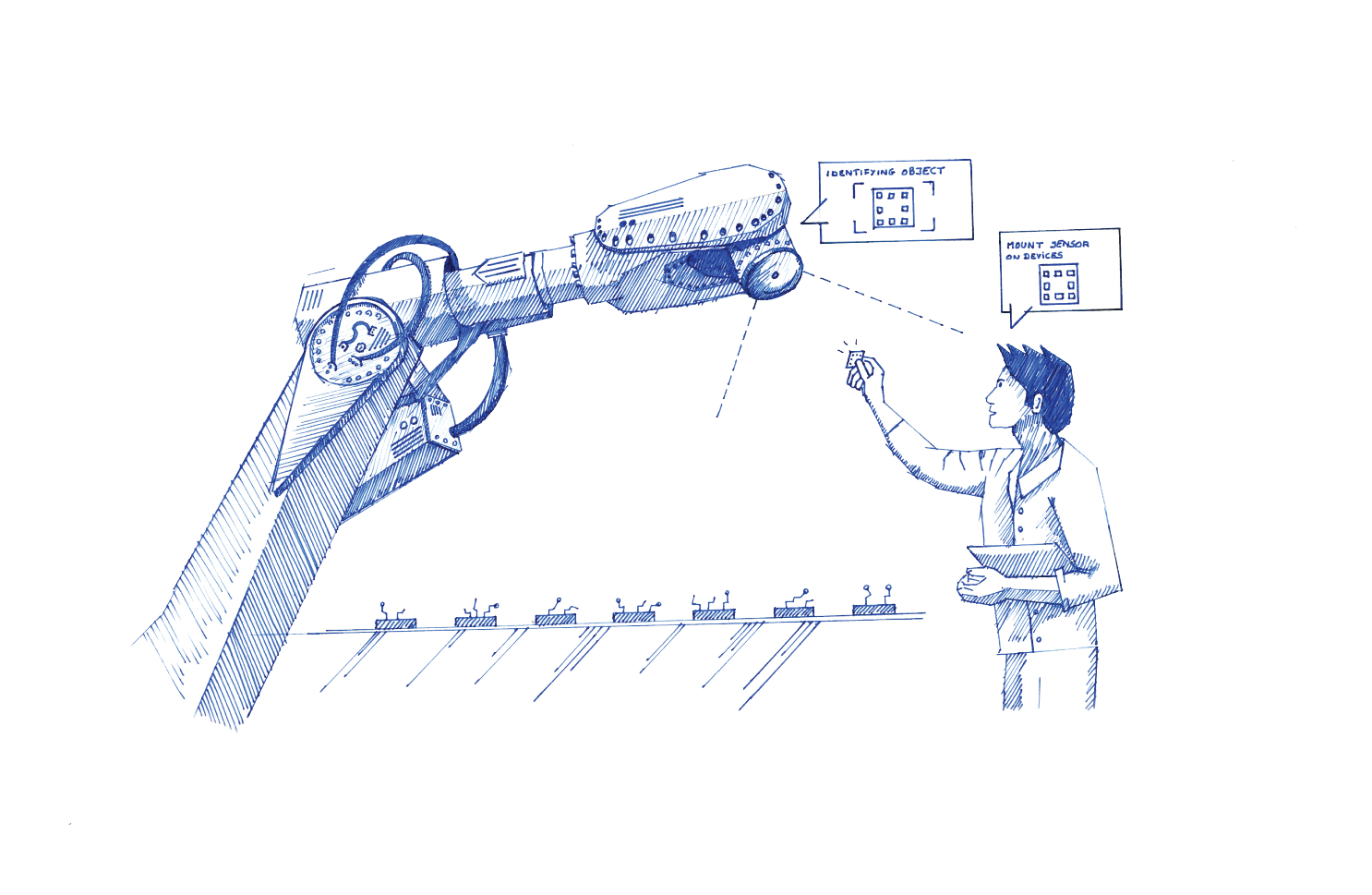 And it is precisely this trend that will be bucked with the advent of Industry 5.0. In a world where every individual wants to fulfill and express himself or herself, demand will rise for unique, customized, personalized products. In an age like that, robot-controlled mass production will no longer be the Holy Grail. Instead, human creativity will become the decisive force.

Which means that in the smart factories of 2035, space will have to be made to accommodate a new collaborative model. A marriage – as it were – between man and machine, in which robots do the heavy mechanical mass production work, but with humans acting as the ‘creative architects’, coming up with personalized products and making sure the factory runs smoothly.

And communication will be very important in a marriage such as this, too. Machines can’t just be black boxes where humans don’t understand how they reason and how they come to particular decisions. Having a new form of artificial intelligence will be very important. Machines will then learn independently and also gain the capability of anticipating actions by something or someone different.