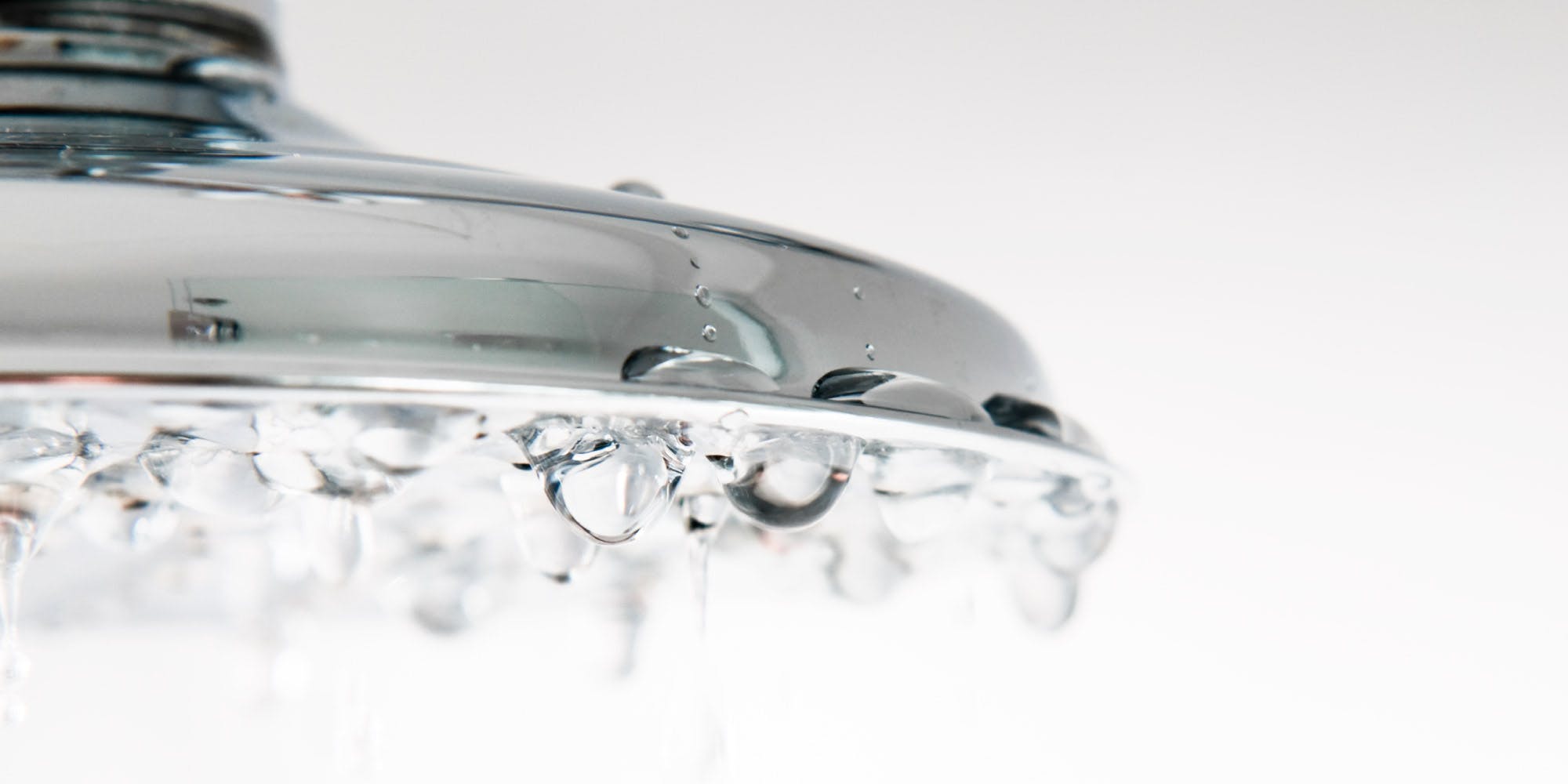 A cold shower for chips

Can 3D printing provide a cost-effective solution for cooling electronics?

A breeze of air or a splash of water?

Cooling the electronics in large data centers comes with a heavy price tag. It is estimated that almost half of the electricity bill is dedicated to powering the ventilators for air cooling. Moreover, with increasing power-intensive applications and server densities, air cooling capacity is quickly reaching its limits and server rooms are running out of space for the large fans. Liquid coolants are gaining in importance as a more economically viable alternative to meet future cooling and footprint demands.

Hence, many large data centers are now making the jump from air to liquid cooling. And while the transition already means a significant improvement in cooling efficiency, there is still a lot to gain in the specific design of the cooler. The most common method to achieve liquid cooling is through the use of ‘cold plates’. These metal plates with flow paths guide liquids and are directly glued on the chip. Drawbacks of this technique are the presence of the thermal interface material (TIM), creating a fixed thermal resistance, and the formation of a temperature gradient across the chip surface. Especially the layer of glue presents a real thermal bottleneck for the heat removal that cannot be addressed by further optimization of the cooler itself. Liquid jet impingement cooling might be a solution. By opening up the backside of the chip and allowing direct contact between the liquid coolant and chip, the TIM thermal resistance is avoided. Moreover, vertical impingement ensures that all liquid that hits the chip surface has the same inlet temperature.

“Imec’s novel jet impingement cooler directly cools the backside of high-performance chips or chip stacks, but is fabricated using low-cost polymer fabrication techniques. The key part of the system is an array of nozzles that acts as a ‘showerhead’ for each chip.”

The nozzle array is made up of the distributed inlets and outlets on the nozzle plate. The inlet tubes in the inlet plenum feed the liquid into the individual inlet nozzles, while the outlet tubes in de layer above collect the outflow. The interaction between inlet and outlet flows happens in the cavity region where the fluid is in contact with the chip.

Cross-section of the 3D-printed cooler.

Impingement cooling solutions have already been successfully implemented for large (30-50cm) modules for power electronics that generate kilowatts. For the integration to chip or package level, many bare die cooling solutions have been proposed, mainly based on expensive Si processing techniques. Imec presents a low-cost but highly efficient alternative based on 3D-printing techniques. While this technique cannot attain the resolution of Si nozzles, this might not be necessary. It is true that thermal performance of smaller apertures is higher, the need for a higher pump pressure to guide the cooling fluid through the nozzles, makes the overall yield limited. Moreover, imec’s simulations and measurements demonstrate that a similar performance can be achieved with mm-size nozzles at reduced costs.

How many showerheads does it take to cool a chip?

To assess the optimal number of nozzles, nozzle pitch and diameter, imec researchers ran simulations for an 8x8mm2 test chip. They showed that the more nozzles are introduced, the more the temperature decreases and the more uniform the temperature profile. And, the more nozzles you need, the smaller they become for a given chip area. A higher number of small diameter nozzles can indeed achieve a better thermal performance - or decrease in thermal resistance - but comes at the expense of the required pump power. Similarly, increasing the flow rate can result in a further increase in thermal performance, but again requires a higher pressure. Taking into account this tradeoff between thermal performance (in terms of thermal resistance) and pump power, the simulations show that it becomes less energy efficient to increase the number of nozzles beyond 1 nozzle per mm2. Consequently, for a 1mm2 unit cell the nozzle diameter at the saturated performance is then in the range of several hundreds of µm. The simulation results were confirmed with a test impingement cooler, fabricated for the 8x8mm2 test chip.

The choice of the number of nozzles and the nozzle diameter impacts the required fabrication technology, with finer nozzle diameters requiring more expensive processing options. For the 8x8mm2 test chip and accompanying nozzle diameters, 3D-printing is a viable option. Recent advancements in the technique made it possible to print structures with diameters ranging from 100µm to 1mm. Silicon processing has the advantage to fabricate small diameter holes below 10μm with Deep Reactive Ion Etching (DRIE) technology. However, the cost of silicon processing is higher than the other fabrication methods. Besides, the simulations demonstrated that further downscaling of the nozzle diameter is not necessary due to the saturation in thermal performance.

Polymer fabrication may be cheaper than Si processing techniques, but does it meet the same performance standards? After all, polymers have a much lower thermal conductivity compared to Si, resulting in a higher thermal resistance for thermal conduction. Therefore, good thermal conductors such as Cu or Al are typically used for heat sinks as opposed to insulators such as polymers. Indeed, the simulation results demonstrate that a polymer cooler has the same performance as a Si or Cu cooler, since the heat removal is in this case dominated by forced convection in the coolant. This opens opportunities for the use of polymer-based low-cost fabrication options.

(Left) Imec’s liquid jet impingement cooler is attached to the chip. (Right) The nozzle array sprays cooling fluid directly onto the open backside of the chip.

How cool is the imec chip cooler?

To put the cooler in perspective, it was compared to published data of other impingement coolers in terms of thermal resistance and pump power. Coolers fabricated in different materials were considered: Si, ceramic, metal and plastic. The imec cooler displays a very good thermal performance of 0,13cm2K/W for the 8x8 nozzle array at 1000ml/minute flow rate and 0,3bar pressure drop between the inlet and the outlet of the cooler. In other words, with this cooler the chip will only heat up 13°C for each 100W/cm2, the typical power density for a standard processor, where the limit is around 100°C. With this performance, cooling of 500W/cm2 would be feasible, making it one of the best cooler performances in literature.

Only Si-based coolers with µm-pitch nozzles outperform the imec cooler. However, those coolers need up to five times more pump power and are considerably more expensive. At the end of the day, the price tag is an important benchmarking criterium. Making the choice for a certain fabrication technique or material is based on the goal to reach as much cooling power per pump power. But it also determines the price of the cooler, which makes energy costs for data centers enormous. These “cool” new discoveries could add up to “hot” savings for big data centers.

Herman Oprins is a senior research engineer at imec in Leuven, Belgium. He received the M.Sc and Ph.D. degrees in Mechanical Engineering from the K.U. Leuven, Belgium. He joined imec in 2003, pursuing the PhD degree, working on the development and modeling of an electrowetting assisted cooling technique. In that period he also worked on modeling and experimental projects in the field of thermal management of electronic packages. Since 2009 he is a senior research engineer in imec, where he is involved in the thermal experimental characterization, thermal modeling and thermal management of 3D system integration, electronic chip packages, BEOL, Si photonics and GaN power transistors.

Scaling CMOS beyond FinFETs: from nanosheets and forksheets to CFETs

How to efficiently cool power electronics and optoelectronic sensors?

Scaling the BEOL – a toolbox filled with new processes, boosters and conductors

How to get a server rack in your back pocket?

A 3D technology toolbox in support of system-technology co-optimization